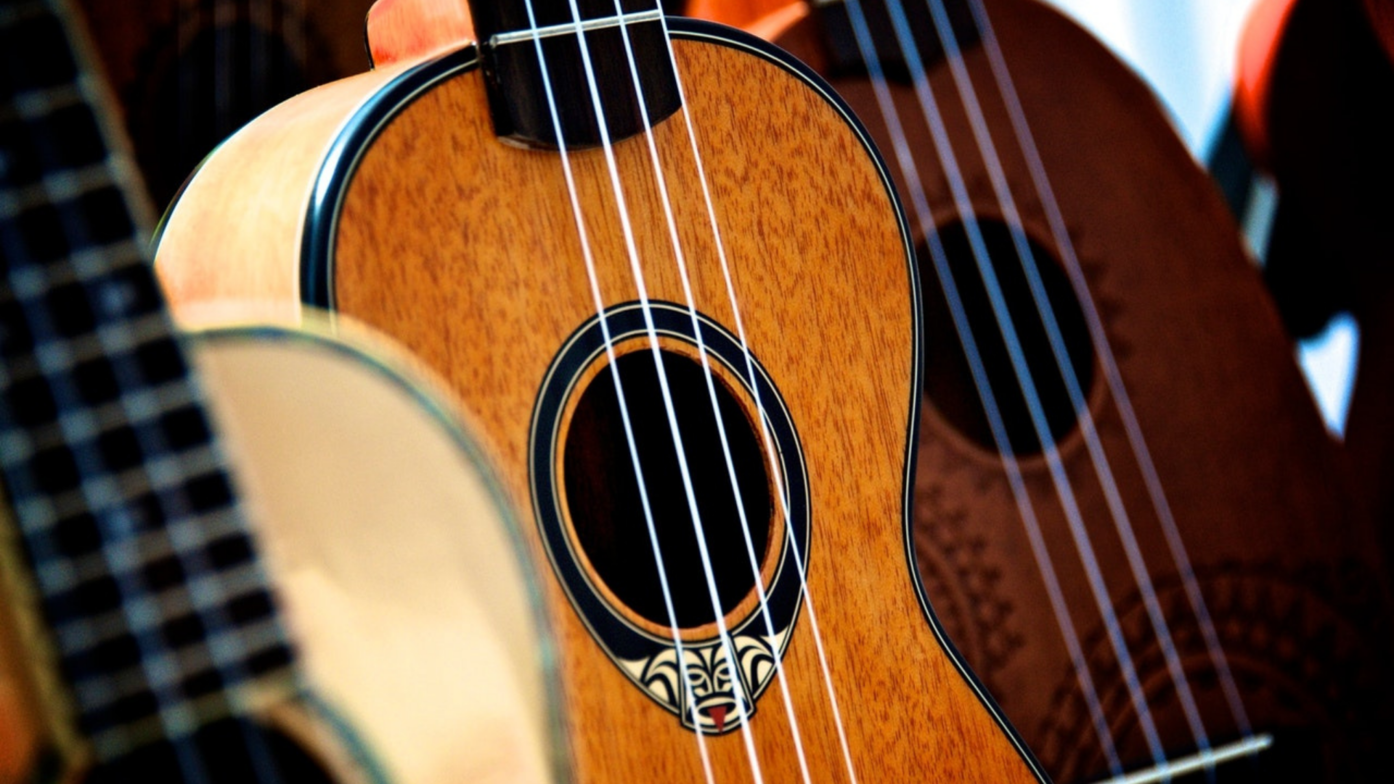 As you know, young people under the age of twelve have not received the Covid vaccine (waiting FDA/CDC approval).  In response, the Holy Cross Lutheran Council voted that all children’s choirs could convene wearing masks, but the singing choirs would NOT be singing.  (If I could throw in a tap-dancing video right here, I would.  It represents me trying to think fast on my feet!)  Hmmmm…….so I am to have “singing” choirs WITHOUT singing.  I think you can see the conundrum and hear the  “thud” from when I hit the ground.  Truthfully, I figured back in August that singing would be a no-no for a while, so I had been pondering for a bit about what I was going to do.   The journey begins.

For two weeks, I went to shopgoodwill.com to bid on Ukuleles.  I knew which brands and how much money that I could spend.  The next several weeks, I had ukuleles being delivered at my home, sometimes two or three at a time.  I had a stack high of bubble wrap, boxes, and ukes.  I recycled the bubble wrap and boxes and brought the ukes to church. I saved quite a bit of money by purchasing the ukuleles second hand.

Results-First Rehearsal: "Oh, my."  Second Rehearsal:  "Okaaaayy." Third Rehearsal:  "Can we have picks?" Fourth Rehearsal:  "We are off!"  It has been such a fun time together.  We are all at different spots, but we all have at least one good chord if not two good chords.  There still is a bit of coordination and strengthening of the fingers/hands, but these kids took to the ukes like fish to water!

That, my friends, is the story of the King's Kids’ Ukulele Choir at Holy Cross Lutheran Church.  Just so you know, if the ukuleles had not worked out, I was considering the marching band tubas…......just kidding! Look to hear the Ukulele Choir in November and December. You won’t be disappointed!