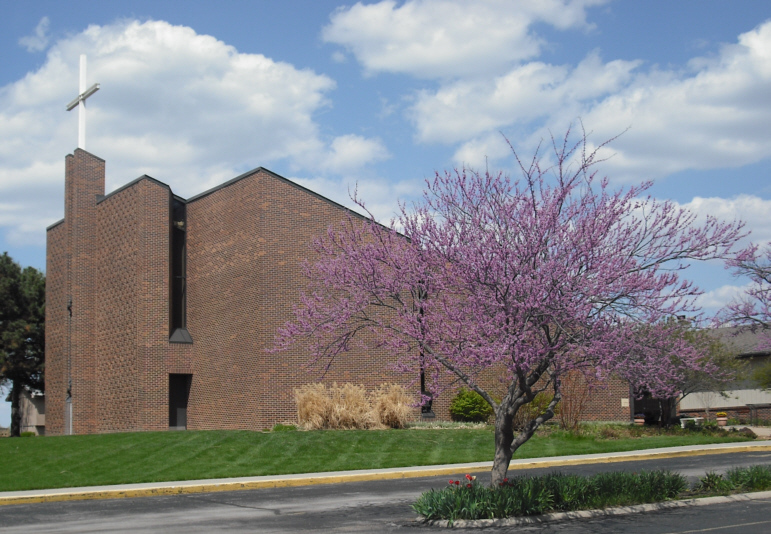 Holy Cross Evangelical Lutheran Church began in January 1963, when Pastor Robert Sieckman was called to serve as Mission Developer. The first service of the congregation was held on April 21, 1963, at West Maple Grade School on 89th and Maple. The congregation was officially chartered as “Holy Cross Evangelical Lutheran Church” on May 26, 1963. The first service on our present site occurred in October of 1964. In 1969, under the pastorate of John Rinde, an educational wing was constructed. A 1975 capital campaign to build a new sanctuary came to completion with a dedication on January 18, 1976.

After Pastor Vernon F. Jacobs retired on July 26, 1987, from a fruitful seven-year ministry at Holy Cross, Pastor Raymond Thiel was appointed as Interim Pastor. Pastor Ray’s ministry was so well received that the Call Committee extended a call to him on December 20, 1987.

In 1994, a major renovation and expansion of the church building and parking lot was begun. The renewed facility was dedicated on January 22, 1995. In June 1994, the congregation called Pastor Russell Anderson to be a part-time Pastor Evangelist.

On February 7, 1997, Holy Cross became the victim of an arson fire. The fire destroyed the office area of the church, causing heavy smoke and water damage in the rest of the building.

In September of 2004, Pastor Thiel retired after 17 years of service. After Pastor Ray’s retirement, Jan Peterson, who had been serving as Youth Director, began her seminary education, and assumed the role of Vicar.

Pastor Russ served Holy Cross until his retirement in October of 2005 when the congregation called Pastor Jim Killough as Senior Pastor.